Are you planning to buy a new car? But are you confused between petrol and diesel engine? You are not the only one facing this dilemma. It is the most common question asked by people who are willing to buy a new car. To help you with this aspect, we decided to jot down the essential features of both these cars. So, you can choose which one to buy without spending much of your time on deciding.

First, let us begin with the difference between petrol and diesel engine. Read below to know more.

Petrol Engine: The basic thing comes first. The petrol engine runs on petrol which is also known as gasoline. Hence, people use the term gasoline engine instead of a petrol engine in some states. This engine is an internal combustion engine with spark-ignition. First invented in Europe in 1876, this engine saw many improvisations in later years. You can find in most of the petrol engines, the air and fuel are pre-mixed before the compression process. But, some of the modern petrol engines use cylinder-direct petrol injection. Here, the electronically controlled fuel injection does the pre-mixing except for small engines. Later, the spark plug is used to start the combustion.

Diesel Engine: The diesel engine is also known as a compression-ignition engine and runs on diesel.  It is an internal combustion engine where only air is compressed.  At the end of the compression stroke, the fuel is injected into the hot air. To initiate the ignition, the engine uses this heat of compression. Hence, we call the diesel engine as self-igniting ones. During the ignition process, the fuel will be burnt which was injected into the combustion chamber. This engine was developed by Rudolf Diesel in 1893.

Now, we know about engines in detail. But, to buy a car, there are various other factors that you must take into consideration. Let us see what they are.

Cost: Since it is the most crucial factor while buying a new car, let us learn this difference first. As expected, diesel car costs you more compared to petrol. For instance, if you take a car with a price of fewer than 10 lakhs, you will notice a difference in showroom price by 1 to 1.5 lakhs between diesel and petrol variant. However, the difference in the on-road price will be even more.  The main reason behind this huge difference in price is the cost of registration. That is, the cost of registration for any diesel car is more compared to the petrol car. You will see a difference of about 1 to 3% in this cost.  Besides, this cost totally depends on the vehicle price as well the state of purchase.

Mileage: To speak about the mileage, the diesel cars have more mileage comparatively. Since the diesel engine does not require any spark plug, it has higher compression. This is the reason why diesel engine utilizes more fuel than the petrol engine. Although you pay extra to buy a diesel car, the better mileage covers this cost.

Smoothness: It is known that a diesel engine is more powerful than petrol ones. Besides this fact, diesel engines also have a higher torque comparatively. This feature offers a smoother drive to the car. But not to forget, diesel cars lack a little in NVH (Noise Vibration and Harshness) levels. That is, the vibration, harshness, and noise in the diesel cars are more compared to petrol engines. It is one of the issues that concern most of the drivers. If you can stand this clattering noise, the diesel engine might please you. Otherwise, we recommend you to go for a petrol car.

Average Running: It is one of the basic things to consider before choosing the car. Go for a diesel car only if your average monthly running is higher such as 1,500-1,700 km. Otherwise, buy a petrol variant which is available at a less price. You can determine this based on various factors such as whether you use your car for daily office runs or stay in highly populated cities in India. The average monthly running in such cities will be much higher usually.

Maintenance Cost: Like its price, the diesel cars also have a higher maintenance cost. The reason behind this is the higher cost of the consumables used in diesel cars such as engine oil and spares. But to speak about resale value, the used diesel car has more value than a petrol one. However, the petrol engine has more life than the diesel engine. Hence it’s up to you to decide whether resale value matters more than a life of an engine or vice versa.

Environmental effects: If you are concerned about your environment, you will definitely pay attention to this factor. Sad to say, the diesel cars lack behind in this area. Diesel emits a higher percentage of nitrogen oxides and particulate matter when compared to petrol.  It is the reason why some people prefer petrol cars over diesel.

Fuel Price: We spoke about differences in the features of petrol and diesel car. But how about the fuel that powers up the engine? The cost of both diesel and petrol never remains stagnant in India. Especially from last one year, we have seen a tremendous increase in its price. The diesel price which was 55.94Rs/Liter last year has now become 72Rs. On the other hand, the petrol price has now reached 78Rs. from 66.91. Soon we may not see a huge difference between petrol and diesel in India.

Insurance: Owning a car is not sufficient. There are other things which you must consider while buying them. Insurance is one such factor which you cannot take for granted. If the price of the car is higher, then the premium for car insurance would be higher. And, this would be around 10 – 15 % higher for diesel cars when compared to petrol cars. It is mainly because of the additional cost involved in diesel engines such as the cost of replacement and repairs.

Which are the best-selling Diesel and Petrol Cars in India?

We listed some of the fast-selling diesel and petrol cars in 2018. Take a look at it.

Maruti Suzuki Swift: The price of this car ranges between Rs.4.76 lakh and Rs.7.46 lakh. Powered by 1.2-litre K-series petrol engine and 5-speed manual gearbox, this car is capable of producing 83 bhp power as well as 115 Nm torque. The diesel variant of Maruti Suzuki Swift comes with a 1.3-litre diesel engine which generates 190 Nm torque and 75 bhp power.

Hyundai Grand i10: The price of this car ranges from Rs.4.56 lakh to Rs.7.33 lakh. Powered by a 1.2-litre engine, this car generates 114 Nm torque and 81 bhp power. On the other hand, the diesel variant of this car comes with 1.2-litre and 3-cylinder engine which is capable of producing 190 Nm torque and 74 bhp power.  Hyundai Grand i10 has 5-speed manual gearbox for transmission.

Now it’s Over to You

So now you know the difference between these two engines. The low fuel cost and better mileage might be the advantage of a diesel engine, but it will cost you more when it comes to maintenance. You cannot just buy a car considering its on-road price or mileage. You must also check the overall cost as well as a lifetime of it. If you are a type of person who changes the car once in every 3 or 4 years and uses it quite less, you can opt for a petrol car. Otherwise, you can go for diesel version which you can use it on a daily basis and keep it with you for a long time such as 8 to 10 years.

Since you are investing your savings in this car, you must always think in every aspect before purchasing it.  We have tried our best to explain all the difference between these two engines. Hope it will help you to choose the right one that meets your need. 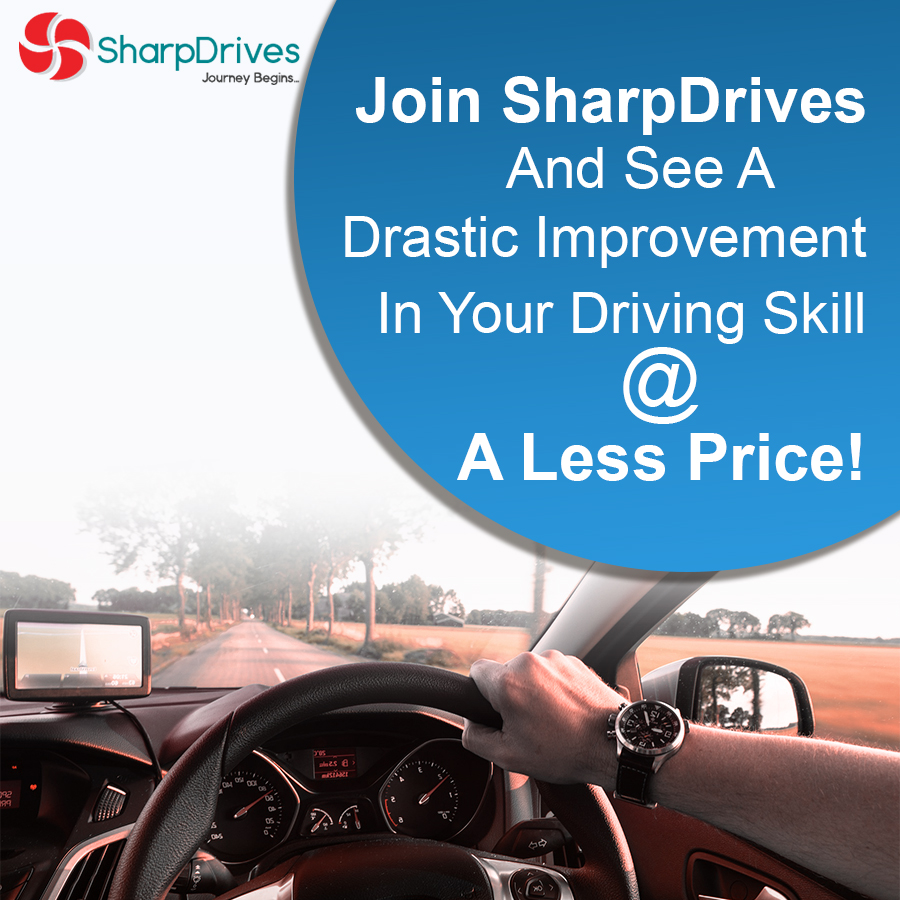 Here Comes the “L” Board: Make Way For Them and Help...

Here Comes the “L” Board: Make Way For Them and Help... 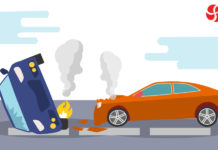 Road Accidents: Understand the Types and Claim Your Insurance 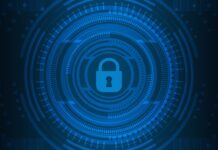 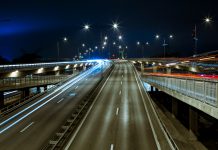 ABOUT US
SharpDrives is a initiative created to make driving easier and stress-free considering Bangalore traffic. We are working for a cause and we belong to service category (service based business). We heartly welcome you into SharpDrives community where you will meet professionals and innovators at work. You would have felt it by now by the level of quality service we provide.
Contact us: admin@sharpdrives.in
FOLLOW US
© copyright © 2016 sharpdrives.in | all rights reserved
MORE STORIES 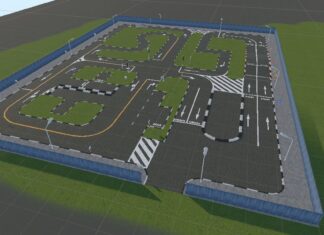 sharpdrives
We have noticed a lot of road mishaps occurring these days, which brings about the expanded interest for talented drivers and decreasing reckless driving.... 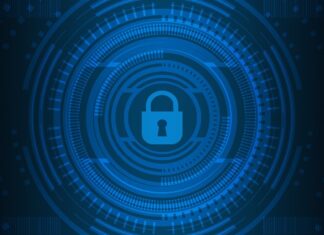 sharpdrives
DigiLocker, the National Digital Locker System by the government of India, is built with an idea of paperless governance. This platform issues...